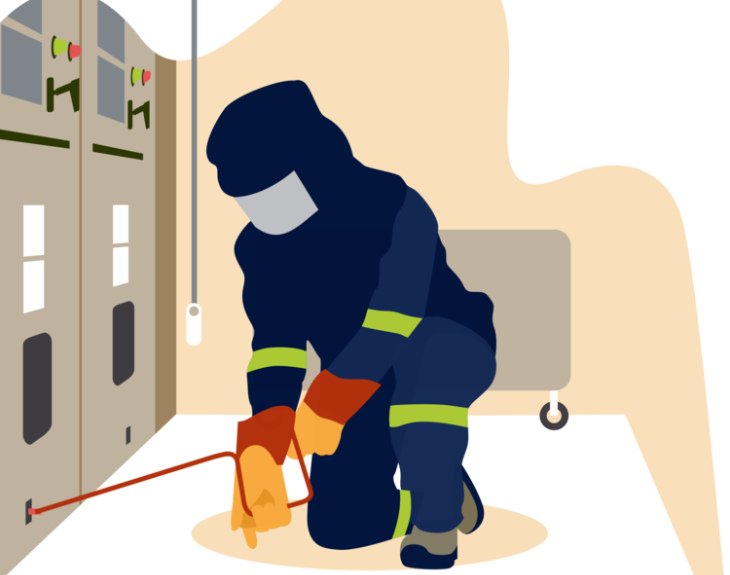 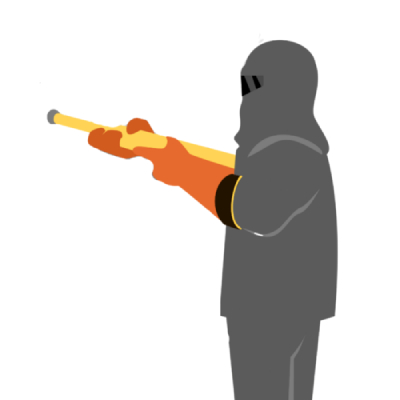 Electrical workers have been getting mixed messages when it comes to a 100 cal arc flash suit.

It was always common knowledge that working on anything over 40 cal/cm2 was extremely dangerous and should never be done... I’m not here to tell you that it’s safe… but it’s not practical to think that people are not faced with this hazard on a daily basis.

So what can you do about it?

One option is to wear more protection with a higher-rated arc flash suit.

In this article, I'll reveal the myth that has kept many jobs from being done properly and why the idea of wearing a 100 cal arc flash suit is a plausible solution.

Back when the electrical safety and arc flash standards were first being developed the arc flash protection clothing manufacturers needed a way to simply organize the hazard levels.

One way was to come up with different categories of clothing that could protect a worker from certain levels of arc flash heat energy (Incident energy).

This is where it all started with the 40 cal/cm2.

There was also a note in the standard that said you needed to take extra precautions when the incident energy is greater than 40... there was no talk of 100cal arc flash suits… so people started speculating...

And on and on…

What is cal cm2

So what does the cal/cm2 rating mean?

CSAZ462 reads the rating as, “the value attributed to materials that describes their performance on exposure to an electrical arc discharge.” Simply put, for arc flash suits, the material has been tested at certain arc flash levels creating an arc thermal protective value.

The other thing they didn’t do a very good job explaining was arc blast vs arc flash.

Arc flash is what the 40 cal/cm2 is referring to… it’s a measurement of heat energy (imagine it as the electrical arc flash temperature).

Arc blast is the associated blast pressure from the arc flash event. Which oddly enough is not measured or calculated.

There have been a couple of attempts of how to calculate the blast pressures but there is nothing officially listed in the CSAZ462 or the NFPA70E documents.

In fact, there is only this excerpt from an appendix in CSAZ462 that even really talks about arc blast at all.

The tremendous temperatures of the arc cause the explosive expansion of both the surrounding air and the metal in the arc path. For example, copper expands by a factor of 67 000 when it turns from a solid to a vapour. The danger associated with this expansion is one of the high pressures, sound, and shrapnel. The high pressures can easily exceed hundreds or even thousands of pounds per square foot, knocking workers off ladders, rupturing eardrums, and collapsing lungs. Finally, material and molten metal are expelled away from the arc at speeds exceeding 1100 km/h (700 mph), fast enough for shrapnel to completely penetrate the human body.

The trouble is that it doesn’t really tell us what to do… it just sounds scary.

But the Arc Blast Will Kill You!

You also can’t tie the blast to the incident energy.

So you need to prepare for the worst.

There are even some people who argue that the blast will actually help you by moving you out of the vicinity of the arc flash (unless you are one of those arc flash manikins... those guys are like rocks... watch this arc flash explosion video).

All jokes aside though, there are no known cases of a fatality caused solely by the arc blast of an arc flash.

Meaning, if you were wearing the proper protective clothing... you'd probably walk away without a scratch.

The technology in protective arc flash clothing has come a long way in the last 15 years including the arc flash suit material.

When exposed to an arc flash there are two main things you need to be protected from. The first is the heat energy or the incident energy that we already spoke of, the second is a massive fireball that will totally engulf the worker.

The clothing will absorb the heat energy and on top of that, it will not be lit on fire by the fireball.

Depending on the level of arc flash suit it can include a hood, coveralls or pants and jacket. Gloves are typically a purchased separately from the arc flash suit.

Does this mean I’m indestructible?

While these suits are very good… they would be no match for Tony Stark’s suit (Marvel’s Ironman).

We still treat anything over 40 cal/cm2 (even 25 cal/cm2) as an extremely dangerous hazard… so PPE is not the first step.

It’s just the step once you’re out of other options.

There are still going to be jobs that must get done and are rated higher than 40 cal/cm2… that’s when higher-rated suit comes in.

How long are arc flash suits good for?

We often get the question, what is the wear life of electrical PPE? As far as the arc flash suit is concerned the usage has a lot to do with the wear life. Should you only use it a few times a year you may be able to get 10+ years out of the suit vs everyday use you would greatly reduce the wear life.

For more information on PPE maintenance check out the Arc Flash PPE: The Definitive Guide.

Compared to 20,000 degrees (the temperature of an arc flash) no... compared to wearing no protection then yes... but what do you expect?

The nice thing is that today the clothing is way better than it used to be. If you haven't gone shopping in a while I suggest you take a look at what's on the market these days.

Is the risk really that much higher for 100 cals?

But let me put this in perspective for you.

So the way I look at it is if you must work on this equipment energized (that's an entirely other conversation), and you have PPE that will protect you from the hazard, there really is no difference between 40 cal and 100 cal.

Let's compare it to skydiving... some jumps are 5,000 feet maybe even 15,000 feet higher than other jumps... but is the risk all that much more? When the typical jump is from 10,000 feet to me, the risk is about the same... the same thing applies to really high arc flash hazards.

If you have incident energy levels that you have calculated approaching 100 calories then I suggest you take a good hard look at getting a 100 cal arc flash suit.

While the elimination of the hazard should always come as a priority (like making sure things are de-energized or engineering the hazards out altogether), sometimes it's just not possible and you need to suit up.

Not Sure Which Electrical Training Course Best Fits Your Team?

Download our Training Guide to help find the course that will best suit your team. 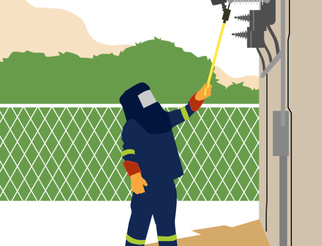 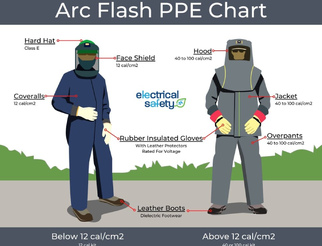