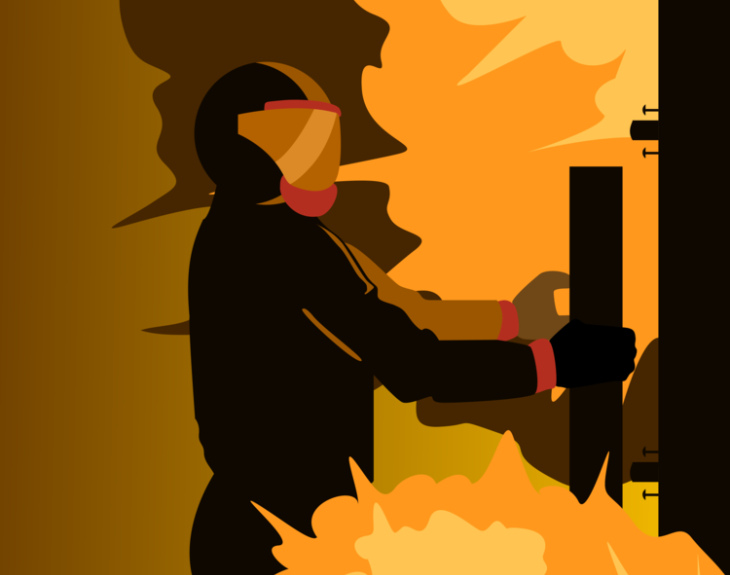 Well… you’re in the right place. 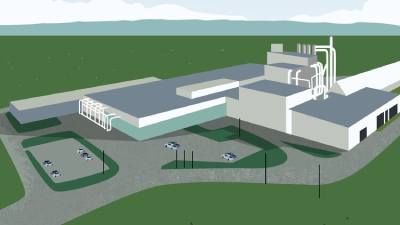 In this article, I’ll give you some examples and an estimating philosophy that will answer the question:

How much does an arc flash study cost?

And remember, the numbers used in this article are to help people get a ballpark for budgeting purposes.

With that said, let’s jump in!

What is an Arc Flash Study?

An arc flash study (also known as an arc flash analysis) is an electrical engineering analysis of a facility’s electrical distribution system that determines how hot an electric arc explosion can get (what’s known as the incident energy) at any point that a worker might interact with that system.

The arc flash study produces all the information required to label each piece of electrical equipment with the specific level of the incident energy (measured in cal/cm2) available at each individual piece of equipment. To learn more, check out our Arc Flash Studies Guide

There are a few different factors to consider when try to figure out a cost estimate for an arc flash study.

An important factor is having an updated single line diagram of your facility on hand will help an engineering firm get to work on putting together an arc flash study analysis cost.

For now, start by looking at the size of your facility.

How big is your facility?

Probably the easiest way to start is to look at the size of your facility.

The arc flash study itself is not based on the square footage of the buildings, but it has to do with the amount of electrical equipment inside that facility, so this method is not bulletproof.

A warehouse, for instance, will cost much less than an equally “sized” pulp & paper mill because of the amount of electrical equipment housed in each building is much different.

But this is only a starting point.

Choose a base number and then adjust for the points listed below:

How much equipment do you have?

This is probably the biggest determining factor.

An arc flash study is an engineering exercise with a number of steps that take a certain amount of time.

There are two steps that have a one-to-one correlation with the size of your electrical system.

And as the old saying goes, time is money.

If you have a lot of equipment packed into your operation add 50-75% to your base estimate… if you’re closer to the warehouse-style operation reduce your base by 50%.

What are we starting with?

If you have an up-to-date single-line diagram of your electrical system, then you are miles ahead.

If the engineer working on your project can get a head start on the model or even become very familiar with your facility (from an electrical point of view) it will greatly increase the speed of the project.

Conversely, if your single line is badly out of date or totally non-existent then there is going to be a lot of extra time figuring out what is connected to what and how things are fed.

If you don’t have a single line, it’s not the end of the world and I wouldn’t spend time putting one together in order to initiate an arc flash study.

The engineers are going to need to collect the data anyway… so just roll it in as part of the project. Just remember that it’s probably going to increase the cost by 25-35% (depending on how much running around there is to determine the proper inter-connectivity).

Certain industries tend to be easier to do arc flash studies on than others because of their natural environments.

Depending on your specific industry or business model it might take more time to collect the data because:

All in all, you will need to factor these things in when trying to determine the cost. I used to work in underground mining and a rule of thumb was anything underground takes 50%-100% more than the cost on the street (because of the time required to get everything into the mine shaft and then reassembled underground).

Think about your operation and then adjust your base appropriately.

Can your electrical workers lend a hand?

Sometimes you’ve got some extra manpower that you’re already paying for to be on site.

In this case, it might totally make sense to have them do some of the leg work.

The data collection, single line updates, or tracing cable tasks could be done by in-house resources.

Now, I understand that they aren’t “free”… but it might make more sense than to increase the cost of an arc flash study.

If you can offer the engineer some in-house support then reduce your base by 15-20%.

Hopefully, this answers the question of how much does an arc flash study costs for you…

While this is by no means a true engineering exercise it should get you ballpark on determining the cost of your arc flash hazard analysis cost.

If you would like more information on the cost of an arc flash study please reach out to me at jon.travis@leafelectricalsafety.com or contact us here.

How much does an Arc Flash incident cost a business?

You might be wondering from a cost perspective, why pay to have this done?

Besides the human and equipment costs (which can be significant) involved if there is an arc flash incident, there are also legal costs that your company could face for not having an arc flash study completed.

Below are a few examples of fines in North America:

At Leaf Electrical Safety we believe no one should feel unsafe when working with electricity.

Having the proper arc flash study labels in place at your facility quickly and accurately provides the information your electricians need in order to stay safe.

Download our free Definitive Guide to Arc Flash Studies to help get a more detailed understanding of the potential arc flash hazard at your facility. 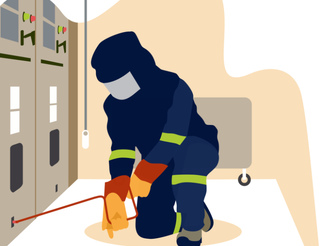 7 Expert Arc Flash Consultants That Will Make You Safer 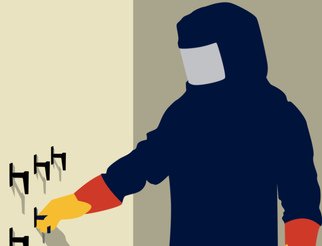 What is arc flash?